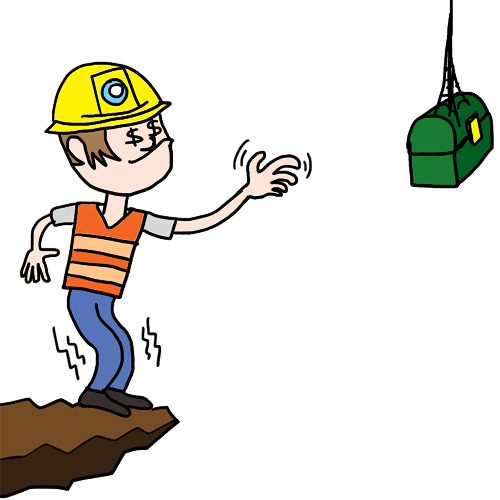 One of the most fundamental concepts in finance is that risk and return are correlated. We touched on this a tiny bit in one of the early MBA Mondays posts. But I’d like to dig a bit deeper on this concept today.

Here’s a chart I found on the Internet (where else?) that shows a bunch of portfolios of financial assets plotted on chart.

This makes sense if you think about it. We don’t expect to make much interest on bank deposits that are guaranteed by the federal government (although maybe we should). But we do expect to make a big return on an investment in a startup company.

There is a formula well known to finance students called the Capital Asset Pricing Model which describes the relationship between risk and return. This model says that:

I don’t want to dig too deeply into this model, click on the link on the model above to go to WIkipedia for a deeper dive. But I do want to talk a bit about the formula to extract the notion of risk and return.

The formula says your expected return on an asset (bank account, bond, stock, venture deal, real estate deal) is equal to the risk free rate (treasury bills or an insured bank account) plus a coefficient (called Beta) times the “market premium.” Basically the formula says the more risk you take (Beta) the more return you will get.

You may have heard this term Beta in popular speak. “That’s a high beta stock” is a common refrain. It means that it is a risky asset. Beta (another Wikipedia link) is a quantitative measure of risk. It’s formula is:

I’ve probably lost most everyone who isn’t a math/stats geek by now. In an attempt to get you all back, Beta is a measure of volatility. The more an asset’s returns move around in ways that are driven by the underlying market (the covariance), the higher the Beta and the risk will be.

So, when you think about returns, think about them in the context of risk. You can get to higher returns by taking on higher risk. And to some degree we should. It doesn’t make sense for a young person to put all of their savings in a bank account unless they will need them soon. Because they can make a greater return by putting them into something where there is more risk. But we must also understand that risk means risk of loss, either partial or in some cases total loss.

Next week we will talk about diversification. One of my favorite risk mitigation strategies.

This article was originally written by Fred Wilson on June 14, 2010 here.