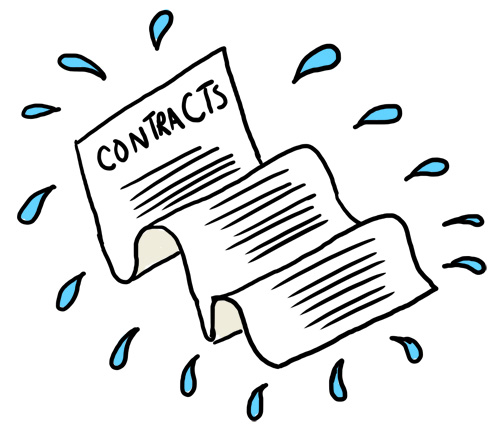 The AVC community’s very own Charlie Crystle has a great story about the sale of ChiliSoft at the height of the late 90s bubble. I’ve asked him to tell it as case study number one in the M&A Case Studies on MBA Mondays.

We will be discussing this case in the comments. There’s a bit of shorthand in Charlie’s story and not everyone will understand it. Please join the discussion, ask any questions you have, and the community and I will answer them. Do not be shy. I have a busy day today, first day back after two weeks away, so I may not be active in the comments until this evening.

When Fred asked me to post about the ChiliSoft acquisition for MBA Mondays, I immediately thought “I don’t have an MBA”, and “it was such a weird set of experiences”. I hope it’s useful to someone. Here’s part of the story, skipping lots of details. (For an invite to my latest startup, see the end of the post).

I started ChiliSoft in 1996 out of my software services company in Lancaster, PA. I had no money, and Dad had just passed away days before. It was a tough time, but I saw this huge opportunity for adding functionality to web servers so I took the deep plunge.

To save money, I slept on Ben’s (my attorney) floor as I bounced around the Valley trying to get meetings and raise money. Ben finally got me a meeting with DFJ, and a few months later Warren Packard and Steve Jurvetsen produced a term sheet. Tip: floors are cheaper than hotel rooms.

Warren and I signed the term sheet for $1.4 million on a Sunday night at 11 pm at a bar in a casino in Las Vegas–completely emblematic, it seemed. But I was out of debt–DFJ saved my life, in a way. Tip: try not to run up debt–it’s unlikely you’ll be saved by Series A.

That Series B deal was nuts–$3.7 million on $19 million pre-money, with about a million in revenue, perhaps, and a cap on the preference. That meant if we sold for more than $42 million, Series B simply got its pro rata share–and everyone would be thrilled. Tip: don’t create the wrong incentives.

Over the next year and a half, we fired the CEO, and I ended up taking the CEO job back. I wasn’t a popular guy with investors for that, but my gut (informed intuition) said that we needed to cut the bullshit and sell software. I figured they’ll like us when we win. Tip: they’ll like you when you win.

The chill set in, so I focused the company on sales, and kept sending reports to the board. We increased revenue in that next quarter by 3 times the prior one, and things thawed. Tip: communication matters with investor relationships.

At the same time, we were lower on cash than was comfortable, and I had the choice of cutting from 35 people to 9, or bringing on the CEO and making sure he had cash in the bank. DFJ and the other firm offered an onerous bridge: monthly escalating warrants, and a controlling board seat. I didn’t really grok the meaning of the warrants. Tip: sweat the details.

I didn’t want to send people home and our pipeline was strong, so I chose to keep the ride rolling and go with it. Everyone was surprised when I wasn’t fired right away, but there I was, still employed.

That Fall a great sales/biz dev guy, Brian Pavicic, asked me to attend a conference with him. He was incredibly excited about a potentially big licensing deal with Cobalt Networks, which made linux servers for ISPs. ChiliSoft had a number of large ISP partners, like PSI and ATT, and that kind of distribution at the time was a big win.Somewhere in the conversations the talk turned to a merger–Cobalt saw our application server as a strategic edge, and admired our traction with major customers like Excite. And that’s where it gets murky for me; I had been focused on launching a suite of small business apps on top of ChiliSoft, and the talks went on without me.

A month later I  got the voicemail from Ben. “Just make it easy, accept the severance, you’ll make a lot of money in the sale…”. I sat down in the CEO’s office and acted like I didn’t know anything, and talked about how excited I was about the company, and how he was doing so well, and…he could have at least had the balls to tell me himself. Tip: You won’t always be indispensable.

I imagine they wanted me out because I was dogmatic about the direction of the company–I wanted to make the engine free and sell apps into it, like the CRM system I was building–and they wanted to get the company sold and get liquid. Besides, CRM wasn’t going to be big or anything. But I was difficult, admittedly.

So I left, a bit bitter and burned out, and spent a few weeks more in Seattle to take in the WTO riots and plan my trip home. Tip: stay away from riots after getting fired from  your startup.

Fast foward to the deal.

The deal was struck at $100 million In January 2000. But the VCs insisted on fixing the number of shares, not the value of the deal. A month later, they looked like geniuses: the deal was worth $135 million. Next month, $70 million. It closed in May at $28 million, 72% down from the deal price. Tip: fix the price, not the stock. The management team also threatenend to quit if they didn’t get an additional 10% of the deal. JLM’s rule is “if anyone goes to the pay window, everyone goes to the pay window” and I bet he’d add “and no double-dipping.”

The US doesn’t allow management to hold a company hostage in a transaction like that without suffering a massive tax consequence, unless they get approval from the majority of shareholders. That would be me and a few others.From my perspective they already had better than average option allocations, and I didn’t believe they would walk. But at that point I basically decided to stop paying attention to the details, and just get it done, after a threatening call from the Cobalt CFO. Fun stuff.

So how did my stock drop by 62% in 6 months? Three things: escalating warrants, management shakedown, and the timing of one of the dips in Cobalt’s wild ride in 2000. The deal closed below the $42 million threshold at $28 million, which triggered more magic. The management shakedown took another 10%. Tip, again: sweat the details.And the escalating warrants? Let’s just say it made DFJ very happy. They made ( I think) over 15 times their original investment, with a big boost coming from the bridge deal). Overall I owe a lot to those guys–learned a lot, made a lot, and don’t regret much of it. Tip: you don’t have to accept a bad deal–at least try to negotiate.

Some final tips: Run your company–you’ll figure it out. Get good advisors, but follow your gut. Don’t touch anything with escalating warrants. Be generous with employee options and make them meaningful.

And once you close your acquisition and get your stake? Don’t let it ride, especially in a bubble. I did. Then Sun bought Cobalt and dropped 97% in value. I sold enough stock to invest in a few startups and support some great nonprofits, but it was a huge, huge hit.  Founders love to take risks, but we’re notorious for taking stupid risks with our own money.

My Next Big Thing? Something new around search–get an invite here. I’m raising capital and building a team, and would love to hear your thoughts on it.

I hope some of this has been helpful!

This article was originally written by Charlie Crystle and Fred Wilson on January 3, 2011 here.