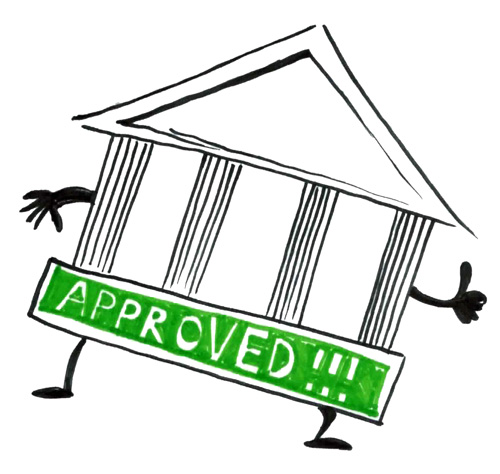 Continuing our discussion of M&A Issues, this week we’ll talk about governmental approvals. When two companies combine, the government can sometimes get involved. It mostly happens when two large businesses combine and the most common reason for governmental review is antitrust considerations. It is also possible that foriegn governments can take interest in a business combination.

The most common governmental review process for an M&A transaction is a review by the DOJ/FTC of anti-trust considerations. These reviews are done under provisions laid out in the Hart-Scott-Rodino Act. Wikipedia has a decent description of the provisions of that act. If a transaction is for more than a certain amount of value, the government will review it. From that same Wikipedia article:

The rules are somewhat overlapping to some degree, but the basic requirements are that all transactions of $252.3 million or more require a filing. All transactions worth more than $63.1 million require a filing if one of the parties is worth at least $12.6 million, the other is worth at least $126.3 million and the total amount of assets now owned by the acquirer reaches $252.3 million.

The DOJ and the FTC will look at every transaction over these amounts and try to determine if there are antitrust considerations. If they are concerned, they can negotiate provisions to the deal to remedy the concerns or they could simply not approve the transaction.

A similar process can happen in the EU. The Google Doubleclick transaction, for example, received very close scrutiny in europe.

There are other government agencies that can also be interested in an M&A transaction. They include the SEC, the FCC, and other agencies with specific oversight over certain businesses (EPA for example).

These governmental approvals are important for a bunch of reasons. First and foremost, they can prevent a transaction from happening. And they can also require significant changes be made to the transaction which may not be acceptable to the buyer. Bottom line, the government can mess with your deal.

For transactions that are large enough to merit review, governmental approvals represent risks to the transaction that need to be considered upfront. From the buyer’s perspective, they will want to be confident they can get the deal approved in a reasonable time frame without significant concessions. From the seller’s perspective, they do not want to be tied up in a long governmental review process, be in limbo business wise, and risk not getting the transaction closed.

The way that most letters of intent deal with these risks is they establish a breakup fee that the buyer pays the seller if the transaction does not close on substantially similar terms. The breakup fees can be considerable.

From the seller’s perspective, a long review followed by a failed transaction is a horrible outcome. And a large breakup fee may be suitable compensation for that kind of damage. But it may not. Imagine having your entire team thinking they are going to be working for someone else, being in limbo for a long time, and then hearing that it is back to business. It is hard to get back the operating mojo once your team has adopted a different mindset.

If your M&A transaction is small, you don’t need to worry about this stuff. But if it is a large transaction, you need to focus on the government approvals you will need and you need to consider what should happen if the approvals are not forthcoming. This stuff matters a lot.

The breakup fee is key and should be large enough to actually do damage to the suitor.

Believe it or not, there are waskely wabbits out there in the business world that will pretend to be interested in buying you….quite often. Their goal could be to learn vital intel, to get in bed with top talent, or simply to distract and dismantle a competitor.

As always when dealing with a new suitor….he picks up the tab, always wear your makeup, redirect his frisky hands, don’t go exclusive until he puts a ring on it….and even then get a prenup.

I still point back to the reported breakup fee between Google and AdMob.

If true (and no one has denied the reports), AdMob was smart enough to know that if they jilted Steve Jobs at the altar, there was no going back.

They were going to need every penny of that $700MM to stay independent if the feds didn’t allow Google to buy them.

This article was originally written by Fred Wilson on February 14, 2011 here.