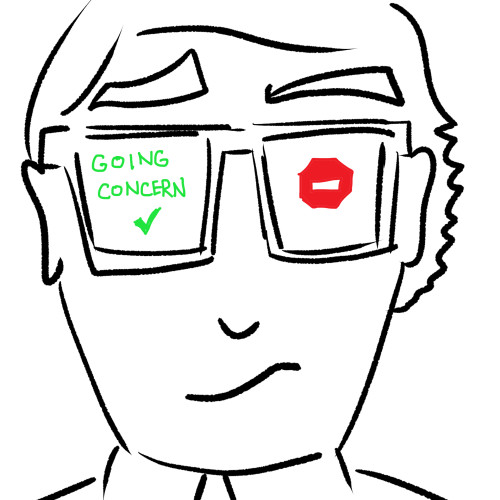 We got so many ideas for this Business Arcanery series on MBA Mondays that I’m not going to do it as a series. I am going to do one of these every month. There is enough business arcanery out there that I could do a years worth of weekly posts without running out of material.

From InvestorWords.com, “going concern” is:

The idea that a company will continue to operate indefinitely, and will not go out of business and liquidate its assets. For this to happen, the company must be able to generate and/or raise enough resources to stay operational.

Going Concern is an accounting term that makes its way into business jargon because it captures an important concept – “will the business be around for the long term?” A going concern is a business that has the cash and other resources to sustain itself. It can also be a business that has very little cash and assets but has strong and repeatable cash flow.

Accountants are required to assess whether a business is a going concern as part of issuing an opinion in an audit of a company’s financial statements. I believe (but may be mistaken about this) that the business must have enough cash on hand to sustain lossses for at least the next twelve months to be considered a “going concern.”

There is no shame in failing to obtain a going concern opinion, at least in my eyes. We work with such companies all the time. I suspect every great company wasn’t one before they became one.

But it is important to understand this concept. And when you are doing business with a company, it is helpful to understand whether they are a going concern or not. If they are not, make sure to get paid quickly because they might not be around much longer. And if your company is not a going concern, you should expect vendors to be more antsy about getting paid because they are doing the same calculus that you are.

The purpose of this series on Business Arcanery is to decode business code words. Going Concern decodes into “are you going to be in business long enough to pay me?”

One additional point–for accounting purposes, auditors assume that a company is a “going concern.” Assets and liabilities are valued presuming the company continues to operate in the normal course of business.

If the company fails, assets (especially intellectual property) may turn out to have little or no value, and the accounting assumptions will be wrong. That’s true for any company, but the purpose of a Going Concern letter from the auditors is to warn investors that there is a significant chance the numbers on the balance sheet will turn out to be useless.

VCs rarely invest on the basis of current asset value or short-term cash flow. But if you’re investing in a public company and see a “Going Concern” letter in the financial statements, be warned that key metrics like book value and earnings may turn out to be wrong.

This article was originally written by Fred Wilson on November 14, 2011 here.