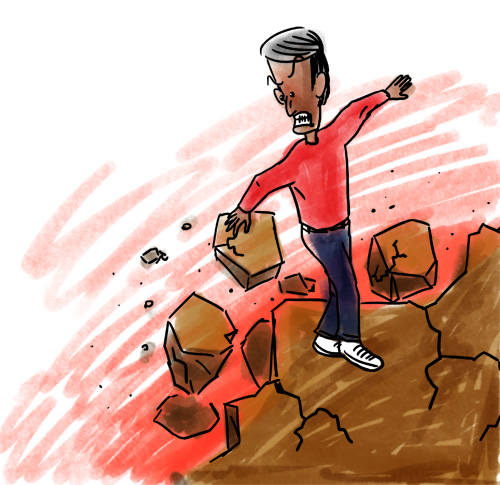 Today on MBA Mondays we are going to talk about another form of costs; Sunk Costs.

Sunk Costs are time and money (and other resources) you have already spent on a project, investment, or some other effort. They have been sunk into the effort and most likely you cannot get them back.

The important thing about sunk costs is when it comes time to make a decision about the project or investment, you should NOT factor in the sunk costs in that decision. You should treat them as gone already and make the decision based on what is in front of you in terms of costs and opportunities.

Let’s make this a bit more tangible. Let’s say you have been funding a new product effort at your company. To date, you’ve spent six months of effort, the full-time costs of three software developers, one product manager, and much of your time and your senior team’s time. Let’s say all-in, you’ve spent $300,000 on this new product. Those costs are sunk. You’ve spent them and there is no easy way to get that cash back in your bank account.

Now let’s say this product effort is troubled. You aren’t happy with the product in its current incarnation. You don’t think it will work as currently constructed and envisioned. You think you can fix it, but that will take another six months with the same team and same effort of the senior team. In making the decision about going forward or killing this effort, you should not consider the $300,000 you have already sunk into the project. You should only consider the additional $300,000 you are thinking about spending going forward. The reason is that first $300,000 has been spent whether or not you kill the project. It is immaterial to the going forward decision.

This is a hard thing to do. It is human nature to want to recover the sunk costs. We face this all the time in our business. When we have invested $500,000 or $5mm into a company, it is really easy to get into the mindset that we need to stick with the investment so we can get our money back. If we stop funding, then we write off the investment almost all of the time. If we keep putting money in, there is a chance the investment will work out and we’ll get our money back or even a return on it.

Even though I was taught about sunk costs in business school twenty-five years ago, I have had to learn this lesson the hard way. Most of the time that we make a follow-on investment defensively, to protect the capital we have already invested, that follow-on investment is marginal or outright bad. I have seen this again and again. And so we try really hard to look at every investment based on the return on the new money and not include the capital we have already invested in the decision.

This ties back to the discussion about seed investing and treating seed investments as “options.” Every investor, if they are rational, will look at the follow-on round on its own merits and not based on the capital they already have invested. But the venture capital business is a relatively small world and reputation matters as well. Those investors who make one follow-on for every ten seeds they make will get a reputation and may not see many high quality seed opportunities going forward. Our firm has followed every single seed investment we have made with another round. In most cases, those investments have been good ones. But we have made a few marginal or outright bad follow-ons. We do that for reputation value as much as anything else. We measure that value and understand that is what we are doing and we keep those reputation driven follow-ons small on purpose.

When it is time to commit additional capital to an ongoing project or investment, you need to isolate the incremental investment and assess the return on that capital investment. You should not include the costs you have already sunk into the project in your math. When you do that, you make bad investment decisions.

I have a hard rule on “sunk costs”.

This is a term I’ve known for years – because I was forced to learn it the hard way. I think the only lessons you ever actually learn in life are the ones you pay for. I call this ‘tuition’, and it rarely comes with a diploma, and it almost always costs a lot more than ‘just money’.

My rule is this – Once I realize that a project is in trouble – not doomed, but just in trouble – I assess what has gone into the project thus far, trying to tally every asset (Time, Cash, Labor, Relationships, etc.) invested. At that point, I evaluate the reasons for why I made the original commitment and try to establish if they are still true. If the original reasons are still valid, I put the concept on life-support, and try to revive/redirect. I am willing to invest 1/3 of the original investment during this life-support phase.

The project (and the manager in charge) has a firm finite limit in terms of time, dollars and company resources to be able to solve the problem.

Thoughts on this approach?

This article was originally written by Fred Wilson on July 26, 2010 here.