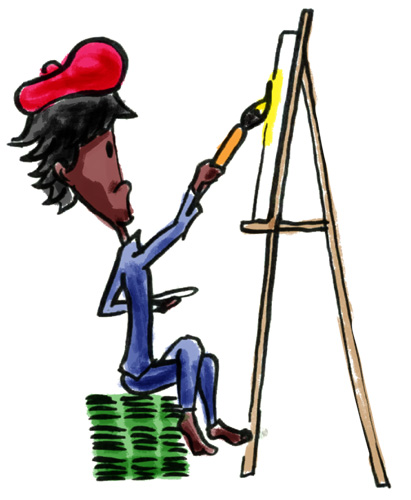 I’m wandering a bit on MBA Mondays right now. I don’t have a strong view of where to take this thing next. So I’m just going to post about stuff I think people should understand until I find the next vein we can mine for a while.

Today, I’d like to talk about ordinary income vs capital gains. This is not tax advice. I am not a tax lawyer or a tax accountant. I hope both tax lawyers and tax accountants show up in the comments as this is important and complicated stuff.

When you think about the various ways you can make money, two ways predominate. You can provide services to others and get paid for those services. That is ordinary income. And you can invest in something; shares of stock, a building, a domain, and then sell it later for more. That is a capital gain.

The distinction is important, at least in the US, because these two kinds of income are taxed differently. Ordinary income is taxed at the full federal, state, and local tax rates. We live in NYC and according to our accountants, we pay a marginal fully loaded tax rate of 47.62%. That means we keep about half of the ordinary income the Gotham Gal and I generate.

It gets more complicated when you have ordinary losses and capital losses because you need to understand when and how losses and gains offset each other. The rules are complicated and ever changing and I’ve learned to consult my tax accountants whenever stuff like this turns up.

But the important point of this post and the one I want to bring home is not all wealth producing activity is treated equally in the eyes of the government. There is a strong bias to capital gains. I agree with that bias, not surprisingly, because I think we should have an incentive to recycle capital instead of putting it under a mattress.

If you think about wealth creation in the context of ordinary income vs capital gains, you’ll quickly come to the conclusion that you can build wealth a lot more quickly with capital gains than you can with ordinary income because the tax load is so much lower. This is one of the many reasons I encourage people to think of entrepreneurship as a career. If you are a founder of a startup, your founders stock will qualify for long term capital gains if you structure it correctly when you set up the company. And when you go to the pay window (to borrrow one of my favorite JLM phrases), you will be sharing a lot less with the government and keeping a lot more.

Peter grows up in a middle class family, works hard in school, gets accepted to a decent college, and graduates with 20k in school debt. He manages to find a job that pays 100k a year right out of college because he worked so hard in school. He pays 28% of this income in taxes. If he keeps working hard, he can continue to see his income taxes go up.

Peter’s friend Richard grows up in a wealthy family and is given a $1M gift upon graduating from high school. He spends his time playing video games while his family’s wealth manager grows that money for him, at around 10% a year. Richard pays taxes of 28% on this income. Even if the wealth manager continues to do well, Richard will keep paying that same tax rate.

I understand the need to incentivize capital growth, but the idea that this is the reason for the tax disparity is only one feasible explanation. Another, much simpler explanation, is that the people who write the tax laws make most of their money from capital gains.

JLM rebutted him with:

Richard’s Father worked his ass off for 40 years to create wealth. He accumulated a meaningful estate — having paid taxes on it every step of the way.

So Richard’s Father breathes life into Richard’s dreams and endows Richard’s lifestyle with the hard work and diligence he employed his entire life.

Richard’s Father gives to his son the hardwork of his lifetime.

Why the hell is anyone feeling like Richard or his Father should be punished for the Father’s hard work and generosity?

Income should only be taxed once and folks should be able to do whatever the hell they want with their money.

The scenario you describe is just an anecdote. The only people who put their money in a fund and CONSISTENTLY get 10% returns as you’ve suggested are the people who invest with Bernie Maddoff. We know how well that turned out.

In any event, our tax code favoring investment income encourages people to invest rather than consume their capital. The $1mm invested by the trust fund baby goes to companies that need it to drive growth, such as paying for salaries of other workers. It’s about positive outcomes, not personal or political values.

Many economists argue that lower capital gains taxes than we have now (like 0%) would be better for all.

As a sidenote, H. Wilker added:

Doesn’t “marginal tax rate” mean in principle that you pay that tax only on the last additional dollar of your income? In that case, it does not mean that you pay about half your income in tax; it only means that you pay 47% on some part of your income. The lower brackets are taxed at a lower rate. At least that is how it works here in Germany…

Of course, if you consider the part of your income in the lower brackets to be negligible in relation to the part in the last bracket, then the statement “I pay half of my income in taxes” is correct.

This article was originally written by Fred Wilson on May 2, 2011 here.