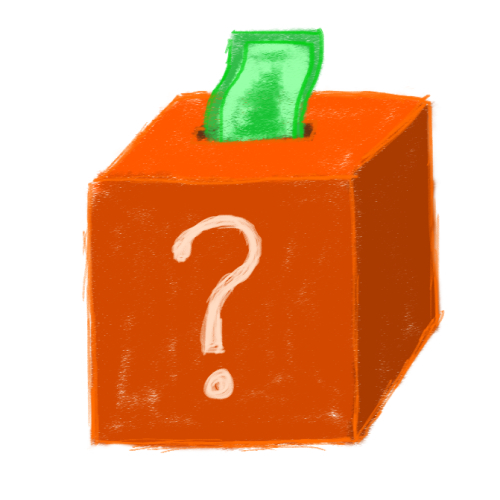 MBA Mondays are back after a one week hiatus. Today we are going to talk about convertible debt. Convertible debt can also be called convertible loans or convertible notes. For the purposes of this post, these three terms will be interchangeable.

There are a number of reasons why the investors and/or the company would prefer to issue debt instead of equity and convert the debt to equity at a later date. For the company, the reasons are clearer. If the company believes its equity will be worth more at a later date, then it will dilute less by issuing debt and converting it later. It is also true that the transaction costs, mostly legal fees, are usually less when issuing debt vs equity.

For investors, the preference for debt vs equity is less clear. Sometimes investors are so eager to get the opportunity to invest in a company that they will put their money into a convertible note and let the next round investors set the price. They believe that if they insisted on setting a price now, the company would simply not take their money. Sometimes investors believe that the compensation, in the form of a warrant or a discount, is sufficiently valuable that it offsets the value of taking debt vs equity. Finally, debt is senior to equity in a liquidation so there is some additional security in taking a debt position in a company vs an equity position. For early stage startups, however, this is not particularly valuable. If a startup fails, there is often little or no liquidation value.

Friends and family rounds, which we discussed earlier in this series, are often done via convertible debt. It makes sense that friends and family would not want to enter into a hardball negotiation with a founder and would prefer to let the price discussion happen when professional investors enter the equation.

The typical forms of compensation for making a convertible loan are warrants or a discount.

A discount is simpler to understand but often more complicated to execute. A discount will also be expressed in terms of a percentage. The most common discounts are 20% and 25%. The discount is the amount of reduction in price the convertible loan holders will get when they convert in the next round. Let’s use the same example as before and use a 20% discount. The company raised $4mm of new cash and the convertible loan holders will get $1.25mm of equity in the round for converting their $1mm loan ($1mm divided by .8 equals $1.25mm). Said another way $1mm is a 20% discount to $1.25mm.

Startups typically think about raising capital via convertible debt early on in the life of a startup. They want to move fast, keep transaction costs low, and they are often dealing with a syndicate of angel investors and it is easier to get the round done with a convertible note than a seed or series A round. While these are all good reasons to consider convertible debt, I am not a big fan of it at this stage in a company’s life. I believe it is good practice to set the value of the equity early on and start the process of increasing it round after round after round. I also do not like to purchase or own convertible debt myself. I want to know how much of a company I’ve purchased and I do not like taking equity risk and getting debt returns.

However, later on in a company’s life convertible debt can make a lot of sense. A few years ago, we had a portfolio company that was planning on an exit in a year to two years and needed one last round of financing to get there. They went out and talked to VCs and figured out how much dilution they would take for a $7mm to $10mm raise. Then they went to Silicon Valley Bank and talked to the venture debt group. In the end, they raised something like $7.5mm of venture debt, issued SVB some Warrants as compensation for making the loan, and built the company for another year, sold it and did much better in the end because they avoided the dilution of the last round. This is an example of where convertible debt is really useful in the financing plan of a startup.

My guess is we will see the use of convertible debt, particularly with no compensation and no cap on valuation, wane as the current financing gold rush fizzles out. It will remain an important but less common form of early stage startup financing and will be particularly valuable in things like friends and family rounds where all parties want to defer the price negotiation. But I expect that we will see it used more commonly as companies grow and develop more sophisticated financing needs. It is a good structure when the compensation for making the loan is fair and balanced and when the debt vs equity tradeoff is useful for both the borrower and lender.

Great post, as usual.  It’s worth mentioning that capped convertible debt necessarily involves some pricing, since the investor and the founders have to agree on a cap that makes sense.  Admittedly, both sides only need to agree on a range of acceptable prices, which is easier.  But you can’t avoid the pricing problem entirely unless you don’t cap.  And there are serious problems (from the investor’s perspective) with not capping.

Also, there’s another, darker, situation in which startups use convertible debt.  When a company is in trouble, the investors sometimes put up one or more rounds of convertible debt to try and salvage the situation.  When it’s rational (not very often), the idea is to bridge over to a realistic sale of the company or to finance the company to a defined point (e.g. a product launch or a big partnering deal) that might change the financial situation.  Often, it’s just good money after bad.  That said, the terms of these “circling the drain” rounds are often draconian, with the conversion and attached warrants effectively wiping out the existing equity.  That can result in very bitter fights later, whether the business succeeds or fails, since the board is almost always conflicted in approving the debt and often acts with unseemly haste (usually there’s a topsy turvy rush when the company realizes it won’t be able to make the next payroll).  So it’s probably worth thinking more carefully about these things before doing them.  It’s a very different animal, but worth mentioning in this context.

This article was originally written by Fred Wilson on July 11, 2011 here.