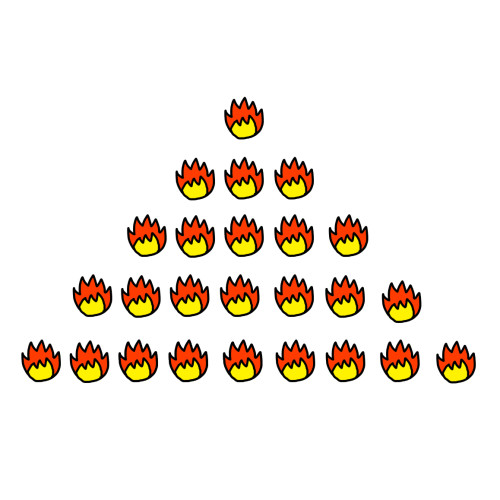 In the comments to last week’s Burn Rate post, I was asked to share some burn rates from our portfolio. I can’t do that. But an alternative suggestion was to write a post suggesting some reasonable burn rates at different stages. I can do that and so that’s the topic of today’s post.

The following applies to software based businesses, and most particularly web and mobile software businesses. It does not apply to hardware, life sciences, and energy startups. It is also focused on startups in the US. It costs less to employ teams in many other parts of the world.

Building Product Stage – I would strongly recommend keeping the monthly burn below $50k per month at this stage. Most MVPs can be built by a team of three or four engineers, a product manager, and a designer. That’s about $50k/month when you add in rent and other costs. I’ve seen teams take that number a bit higher, like to $75k/month. But once you get into that range, you are starting to burn cash faster than you should in this stage.

Building Usage Stage – I would recommend keeping the monthly burn below $100k per month at this stage. This is the stage after release, when you are focused in iterating the product, scaling the system for more users, and marketing the product to new users. This can be done by the same team that built the product with a few more engineers, a community manager, and maybe a few more dollars for this and that.

Building The Business Stage – This is when you’ve determined that your product market fit has been obtained and you now want to build a business around the product or service. You start to hire a management team, a revenue focused team, and some finance people. This is the time when you are investing in the team that will help you bring in revenues and eventually profits. I would recommend keeping the burn below $250k per month at this stage.

A good rule of thumb is multiply the number of people on the team by $10k to get the monthly burn. That is not the number you pay an employee. That is the “fully burdended” cost of a person including rent and other related costs. So if you use that mutiplier, my suggested team sizes are 5, 10, and 25 respectively for the three development stages listed above.

Once you get the business profitable, you can scale the team larger and larger to meet the needs of the business. I don’t think of that kind of expense as “burn rate”, I think of it as “scaling the team.” I believe you want to use a bottoms up budgeting process to determine your headcount needs at this stage of the business.

One final caveat – there are outliers. Twitter had a higher burn rate than I am recommending during the second stage due to the massive scaling costs they encountered. And Facebook had a higher burn rate during the building the business stage due to the size of the revenue team that they assembled and other needs of the business. There are some business opportunities that are large enough that they can justify (and fund) larger burn rates. The mistake we all make is assuming that many of our companies are outliers. There are very few companies that can justify a million dollar/month burn rate or larger. There are many more that thought they could and are no longer around.

Awesome.  I’ll chime in on the stage before this post starts:

Building prototype.Get this done.  It doesn’t have to be amazing but it does have to show your vision and your capability to get product out the door and the viability of your core team.

Even better if you can get people on the product, collect feedback, implement some of it, and take the stuff you can’t pull off yet into the pitch meeting.

“You are funding what our potential clients ARE BEGGING FOR.”

Also remember:  Everything takes longer than you think, and the first round will always be the most expensive so do everything in your power to get as much progress as possible before you need OPM.

50k a month?!?!??! maybe it is such in venture world, but if you’re a broke ass fool bootstrapping his/her way, try 5k per founder a month until you have paying customers. if you’re hardcore (translation: desperate broke ass fool), cut that number in half — it’s definitely possible. if your vision is rich and deep, and if you’ve educated yourself (via blogs like this one as well as books) you’ll save yourself a ton of money.

these numbers i’ve tossed out are for the purely digital businesses; the web just isn’t capital-intensive anymore, and it’s only getting cheaper (although the pie isn’t nearly as big as some of the billion dollar valuation club would have you believe, as the amount of stuff you have to give away for free is also growing). hardware and other forms of technology are a different story, if you want to spend a lot of money consider playing there. #fs

This article was originally written by Fred Wilson on December 12, 2011 here.