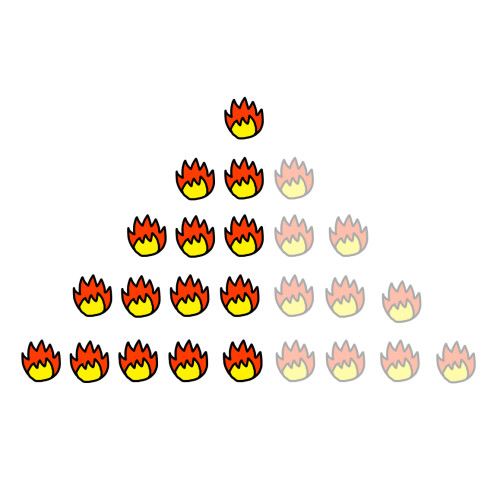 In last week’s MBA Mondays, I wrote about burn rates at three stages of a startup. The first stage is what I called “Building Product Stage” and I suggested that a burn rate of $50k/month was appropriate for that stage.

I got a fair bit of pushback in the comments for that part of the post. My favorite push back came from The Kid, who said:

50k a month?!?!??! maybe it is such in venture world, but if you’re a broke ass fool bootstrapping his/her way, try 5k per founder a month until you have paying customers. if you’re hardcore (translation: desperate broke ass fool), cut that number in half — it’s definitely possible.

The Kid and everyone else who pushed back on that number in the comments are right. You can build a product for less than $50k/month, particularly if you and your co-founders are deeply technical and if you have at least one founder who has great product and design skills.

I was chatting with Naveen, cofounder of Foursquare, the other night. He told me that the month he and Dennis finally raised money for Foursquare from USV and others was the month his savings had run out. Basically he and Dennis worked for nine months without any pay and built V1 of Foursquare all by themselves for basically no money other than their time which they were not charging the company for.

We see this a lot actually. Many (most??) of our early stage investments are in companies that have bootstrapped in this way. So I feel a bit badly about throwing that $50k/month number out there. But there are companies that are fortunate enough to raise money at the seed stage and use it to build product. And for those, I see $50k/month as a good upper limit.

So I stand by the $50k number, but with a big caveat. If you can do it for less, by all means do that. Bootstrapping is a great thing and leads to great products and great companies.

A three man team spending $0 cash and nothing but their time IS STILL BURNING.
If they’re good, they could probably be getting at least $60/hour for their time, each.

So… $36k/month “without spending a dime.”  And still, NO ONE knows your product exists.

It’s hard.  It’s expensive (one way or another), and it always takes longer than you think.

I have been thinking about this recently and I have taken a 180 on the issue.

There is zero intrinsic value created by sleeping on a friends couch and eating ramen. Zero.  There is not some special web accounting math that magically creates value because the founders follow the cult of low expenses.

There is value in iterating, in working harder then you would because you have exausted resources and options. There is value in a lot of things founders do, but there is ZERO value in being lean just to be lean and be cool.

Lean orginainlly came from Lean Manufacturing, and let me tell you, there is zero in lean manufacuring about eating ramen, or sleeping under your desk.  Look more throughouly at the the lessons of lean as developed by the manufacturing greats, and you will see a lot in there about sustainablility and dependability in operations.  Two things in conflict with current lean web mantra.

The press loves the 22 year old founder and his starving story, but a huge percentage of startups that go big are more veteran founders who don’t play some distracting game of penny pitching.

I think the whole web world has gone to far and taken some of the wrong lessons from Lean Manufacturing, that is all…

This article was originally written by Fred Wilson on December 19, 2011 here.