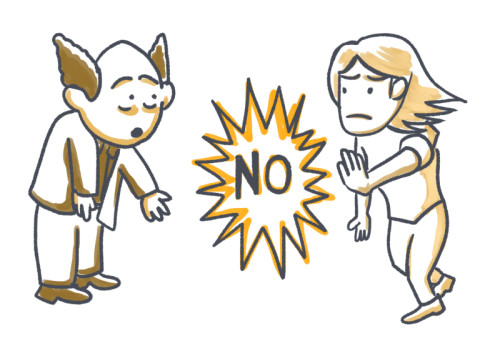 What is typical is a team of five or less. The founder/CEO is usually the product manager. There is often a technical co-founder who leads the development team. And there are often several developers (two or three). There can be a designer unless the founder is capable of doing the design. That is about it.

Three person teams are also common. Etsy was built by Chris, Haim, and Rob. That is in many ways the classic founding team. Rob was CEO and product lead including all design. Chris and Haim were the dev team. They built and launched Etsy in about three months if I rememeber correctly.

Hopefully you get the point. Building product is not about having a large team to manage. It is about having a small team with the right people on it. You need product, design, and software engineering skills on the team. And you need to be focused, committed, and driven. Management at this point is all about small team dynamics; everyone on board, working together, and getting stuff done. Strong individual contributors are key in this stage. Management skills are not a requirement. In fact they may even be a hindrance.

Next week we will talk about the Building Usage stage where team building and management skills start becoming necessary.

andyswan chimed in with his experience:

I wouldn’t say you “NEED product, design and engineering on your team.”
For now…you don’t need shit except a product that people will pay for (either with their time or their money).  So do whatever it takes to get there first.

The two companies we’ve started began with no technical founder.  We knew what we wanted to bring to the customer and we figured out how to get that done….via outsourcing, key hires, founders hacking awful code…whatever it took.  And it worked.  You can argue about whether or not we would have been able to do more with a technical founder all you want….but at that point we didn’t KNOW and TRUST anyone enough to do that (we do now).   So the point is moot because if we NEEDED a technical founder we would have NOT HAD a business.

Fred’s points here are all good…I don’t really think what I’m saying is in conflict with the overall point…now that we’re in a position to have an amazing technical co-founder, we will.

But I want to make sure everyone on here knows that you don’t NEED to give any of your points (only 100 will exist…ever) to someone just because they can code or design.

Aren’t you missing the punch line, Fred? Why such a small team is important and what is the goal in this stage of development? Let me take a stab and hopefully others will weigh in.

The point of this early product development is to develop a product that tests market viability. It doesn’t need to scale yet but it needs to be stable enough and feature-rich enough to make it possible for groups of users to start playing with it to verify that it is a product that they want. So the team required is the minimum number of developers who can build that MVP (minimum viable product) and who can test that that product is indeed viable to the customers.

It is also important to consider that in many cases there is no money or very little money in the company at this stage, so having a small team conserves cash and extends the run-way for course corrections.

This article was originally written by Fred Wilson on January 2, 2012 here.