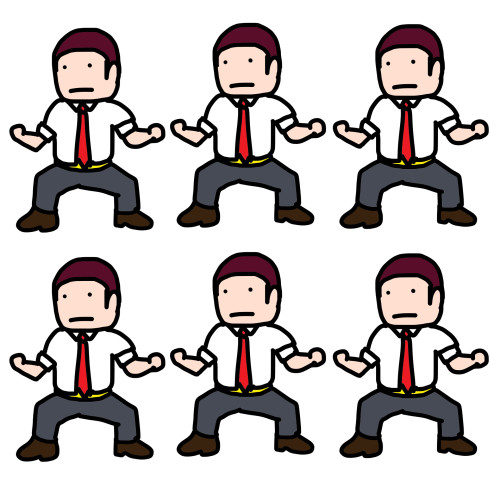 My friend Bijan wrote a great post last week about the challenges a startup faces in scaling its team and building a management layer. His post inspired me to start a new series here on MBA Mondays about scaling a management team. Here’s what I have in mind:

First, I will post about what I’ve seen work in the three phases of a startup that I used in my burn rate posts; Building Product Stage, Building Usage Stage, and Building The Business Stage. Those will be my posts for the next three weeks.

I have not done a lot of guest posts on MBA Mondays to date. But I am not a manager and don’t consider myself an expert on this topic. So we’ll get some experts in here to make sure we get this right. It’s a very important topic.

Really important topic Fred…as you’ve noted before, this is one of the three “jobs” of a CEO and as people like Jim Collins have said, it a crucial difference between Good and Great companies.

Among the reasons I find this difficult for first time CEOs are:

a) They have the mistaken belief that their job is to be the “boss” and to know “better” than those they hire and or team with. It’s a perverse belief based, I think, in guilt and anxiety: I’m higher up (“What,” I often say, “the food chain?”) and so I should be able to do the job better.

b) The reason the person is CEO is often because they are the founder and, at one time, they did nearly everything. Giving up and delegating (even to people they recognize are better skilled) is scary and destabilizing. They wonder, well what’s MY job then?

d) The team that got you to a place where you are now in need of scaling the management team very often consists of friends who were crazy enough to believe your idea in the first place (and equally often were unemployed). They may not be scaling their skills or maturity as quickly as the company needs and so you get the problem of having to reshuffle (or, even worse, fire) co-founders/friends.

There are other reasons, of course. But I think this is an incredibly important topic and something I run into all the time.

In reply to which, Rohan asked:

Jerry, I have a question for you in relation to a).

One of the underlying issues there is an ‘A’ player CEO refusing to hire ‘A’ player teammates. And while we probably know the theory (esp emphasized in the Steve Jobs book) i.e. A players work best with A players etc, one of the challenges here is an inevitable clash of personalities.

‘A’ players typically bring huge persona’s with them (and likely with massive ego’s to boot).. Yet, they are definitely good for growth.
How do you coach CEO’s to handle this? Especially the younger ones..

To which jerrycolonna replied:

I agree about wanting to build with people with the right energy but I don’t think that people who bring “huge personas” and “massive egos” are “A” players. Usually those traits are some sort of compensation for another challenge (which will only surface later on).

Part of the issue is the challenge between hiring people who are very skilled at tasks (say Sales or Finance) and people who are, themselves, good managers/leaders.

I think building the “Management Team” is just that—a task of building (and growing because sometimes it’s organic and you, as the senior leader, can teach people to be better leaders) a team of managers.

One of the biggest challenges is handling the person who is really skilled but is terrible at managing, working with others, fitting into the culture.

Honestly I don’t like the designation…I used it only in relation to Rohan’s question above. I’m not a fan of strict performance designations as they too often appear limiting in scope and not particularly useful.

Part of creating what I like to refer to as a non-violant workplace is to take the time to see the people with whom one is working and work together to craft expectations and gauge performance against those expectations and organizational need. That just feels humane (and, ultimately, more effective).

This article was originally written by Fred Wilson on December 26, 2011 here.